IT Dansa is the young dance company of the Theatre School. Founded on 30 June 1997, it was included in the framework of the Theatre School’s post-graduate dance course. With a maximum of 14 young dancers, it works on perfecting the art and technique of young students as a formula for future professional practice, providing an ideal platform for future dancers and talented young choreographers to gain knowledge for the future. There is also the option of giving opportunities to young choreographers with talent. IT Dansa now includes eighteen scholarship dancers selected by public audition During the two years that make up the post-graduate course, shows are produced at a professional level, performed by a young dance company in the theatre circuit and designed as a standard practice for post-graduates. This helps them to work and think like professionals. To develop their personalities, and acquire fluency in movement, to possess another dimension of the body in space. The working method of the course is comparable to the usual working methodology of professional dance companies: classes of classical and contemporary technique, with prestigious teachers, rehearsal of choreographies with different authors, and the presentation of the end result at different drama venues. The artistic programme is previously defined and conceived for the education of dancers and performers, offering them a wide range of both contemporary and neo-classical choreographic styles. So far, IT Dansa has premiered 22 choreographies that have given company members the opportunity to work with well known choreographers and with new dance talents. Great choreographers who have formed part of the company’s repertoire include: Jirí Kylián, Ohad Naharin, Rui Horta, Nacho Duato, Ramon Oller and Toni Mira Once they have attended the post-graduate course, the dancers are prepared for entry to national and international companies, with the required experience and enthusiasm. Indeed, more than 80% of our past students have received a professional contract immediately after completing their education with companies such as Lanònima Imperial, Metros, Nederlands Dans Theater (The Netherlands), Ballet Víctor Ullate (Madrid), Verpommer Theatre (Germany), Euregio Staatstheater am Gämeplatz (Germany), el Ballet Gulbenkian (Portugal), Abcdance Company (Austria) and Companhia do Bailado (Portugal). Since its official presentation in 1998, IT Dansa has consolidated as an important educational resource, providing a workforce and discovering new talents. In just a few years, the project has demonstrated that it is an ideal vehicle for spreading the awareness of dance and creating new audiences, while appealing to programmers, the public and critics alike. To date, more than 160 works have been performed on Catalan and Spanish stages and abroad. Especially interesting are performances at festivals such as el Grec (1998, 1999, 2000, 2001 and 2003), the Maiatza Dantza (Basque country, 1998), the Festival Itálica (Seville,1998), the Festival de Otoño (Madrid, 1998), the Festival Internacional de Segovia (1999), Dansa València (2000 and 2003), the Holland Dance Festival (1999), Madrid en Danza (2000), the Sitges Teatre Internacional (2003) and the Festival de Bielefeld (Germany, 2003). Another milestone for the company was the excellent reception of the co-production with the Catalonia National Theatre that was established in 2001: with 10 days of shows, the IT Dansa performance had the second largest audience that season at the TNC (90.56%). In 2005, IT Dance has continued its policy of attracting new audiences and co-productions with other institutions, beginning with the Grec Festival of Barcelona, the Cultural Centre of the Caixa Foundation of Terrassa and the International Theatre Festival Sitges. This co-production has produced three shows, from 9 to 11 February, at the Teatre Ovidi Montllor to encourage a taste for dance and foster new vocations among primary and secondary school children. This initiative is being carried out together with the School of Secondary and Artistic Education of the Theatre School and has the support of the Municipal Education Institute of the Council of Barcelona. Also, two new works have been premiered in a co-production with the National Theatre of Catalonia. Sechs Tänze, by the famed Jirí Kylián, and Flabbergast, by the young choreographer Gustavo Ramírez, which, with two other pieces from the company’s repertoire ( Les bras de mer, by Petr Zuska, and Stations, by Stijn Celis) were performed from 24 May to 12 June in the Sala Tallers of the TNC. The show was met with such great success from both public and critics that it was extended for four more days. IT dance also wants to continue giving their dancers opportunities to take their first steps in solo works. A similar experience was afforded last year to dancer Samuel Delvaux, winner of the award for the best new choreographer of XVIII Certamen Coreográfico de Madrid" for his work Sens Interdit. On 23 September 2001, the department of Culture of the Catalan Autonomous Government awarded the National Culture Award to Catherine Allard, Artistic Director of IT Dansa, in recognition of her artistic and professional career and for her work training dancers and increasing the awareness of dance. http://www.institutdelteatre.org/diputacio/opencms/system/modules/org.iteatre.web/web/en/AreaEstudiar/Area.jsp?PathMenuSelec=/system/modules/org.iteatre.web/web/en/AreaEstudiar/Ensenyaments/Masters_i_postgraus/Postgrau_IT_Dansa/ 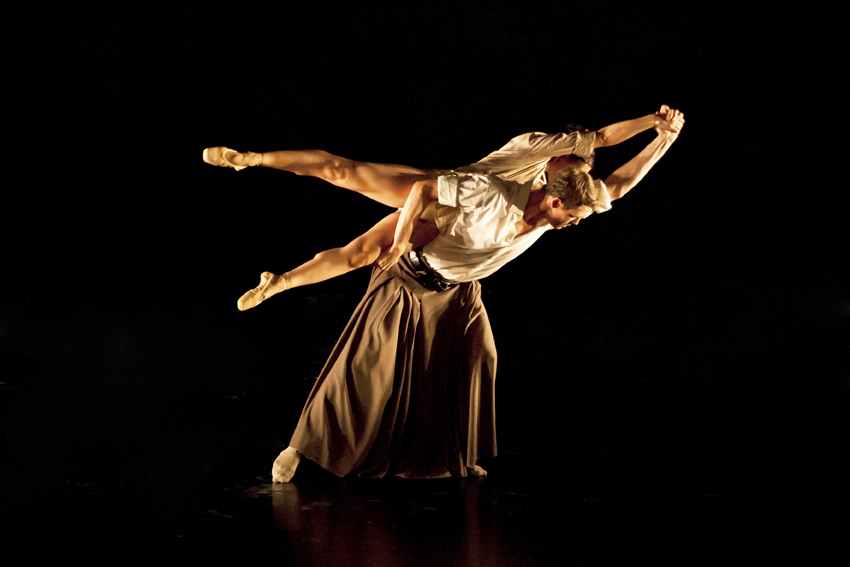